We developed Doctor Transplant to spread the message about organ and tissue donation through the medium of mobile gaming. The game integrates important information about organ donation into the game play and includes a link to this website and to the United States map so users can find their state registry. By embedding the means to become a donor into the message, we hope to make it easier for people to learn and take action.

Howard is the principal investigator of the Doctor Transplant project.  He is the founder and former director of the doctoral program in health services research and policy, associate director of research at the Center for Bioethics and Health Law and associate professor of Health Policy and Management at the University of Pittsburgh Graduate School of Public Health (GSPH).

His research interests include organ donation, aging, long-term care and ethical issues in health services research. In addition to the Doctor Transplant project, he is the developer of an intervention to improve quality of life for nursing home residents. 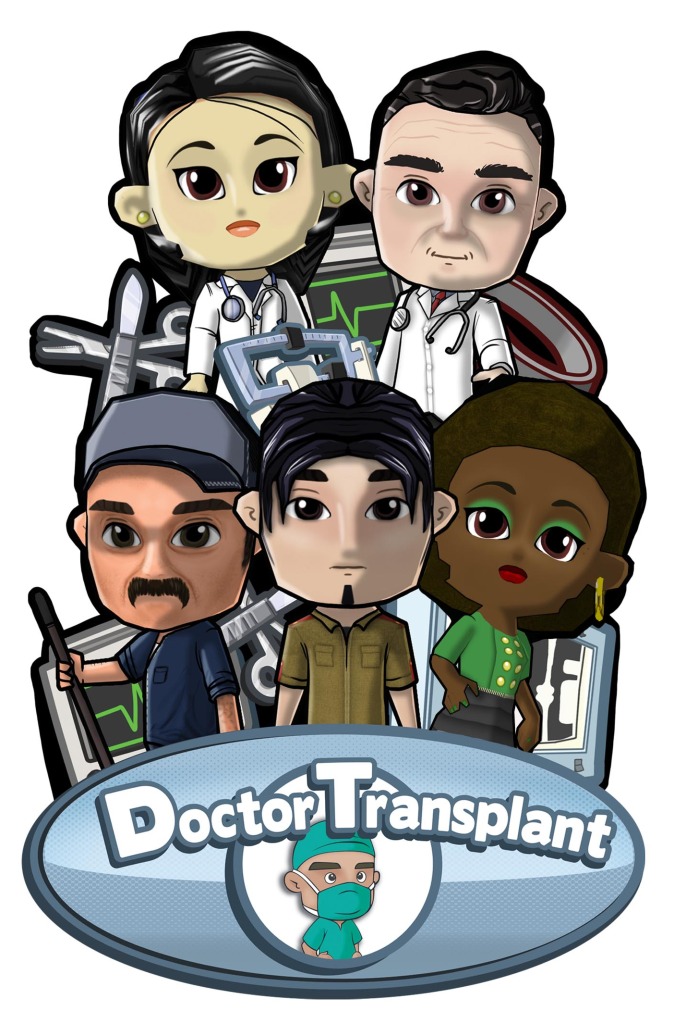 Misty is associate director of community outreach for the Center for Organ Recovery and Education (CORE), where she oversees public relations, community outreach and education and provides marketing and advertising expertise for the organization. Enos previously worked as a nurse in a pediatric intensive care unit and worked with pediatric heart transplant recipients. At CORE, the secondary leader for Donate Life Pennsylvania and Donate Life West Virginia, helping to coordinate donation education throughout each state.

Megatherium Labs is a developer and publisher of iPad, iPhone and board games. The company was founded by Games for Change award winner Nathan Verrill, and focuses on real-world topics such as entrepreneurship, health awareness and nature.

CORE is one of 58 federally designated agencies in the United States known as a not-for-profit organ procurement organization (OPO). An innovative, responsive OPO, CORE plays a pivotal role between potential donors and patients awaiting transplantation. In addition to talking with families about the opportunity to donate, CORE coordinates the surgical recovery of organs, tissue and corneas, as well as the computerized matching of donated organs and placement of corneas.

Founded in 1977 as the Transplant Organ Procurement Foundation of Western Pennsylvania and later known as the Pittsburgh Transplant Foundation, CORE changed to its existing name in 1992 to reflect its expanding role in the procurement field. In 1990, CORE established the first donor referral position to accept the growing number of referrals from hospitals. Additionally, CORE created in 1995 the first donor card database in Pennsylvania. In 1996, the organization added tissue recovery and eye banking services to its organ recovery component. It enhanced its line of services by opening an internal laboratory in 1997, where CORE performs the necessary tests to help determine if the organs, tissue and corneas are healthy for transplantation.

Since its inception more than 30 years ago, CORE has helped to provide more than 300,000 organs, tissue and corneas for transplantation. The chances for renewed health provided through CORE would not be possible without those who have said "yes" to donation.